The Jaguar XK Convertible in British Racing Green awaits its transformation into the 21st century: It is being rebuilt with the ecological and technical requirements of today in mind. The brakes and chassis are being modernized, but above all the engine is being brought up to today's state of the art with a custom-developed ALBREX control system to reduce fuel consumption and exhaust emissions. A modern and efficient exhaust system with a regulated catalytic converter then also contributes to this. 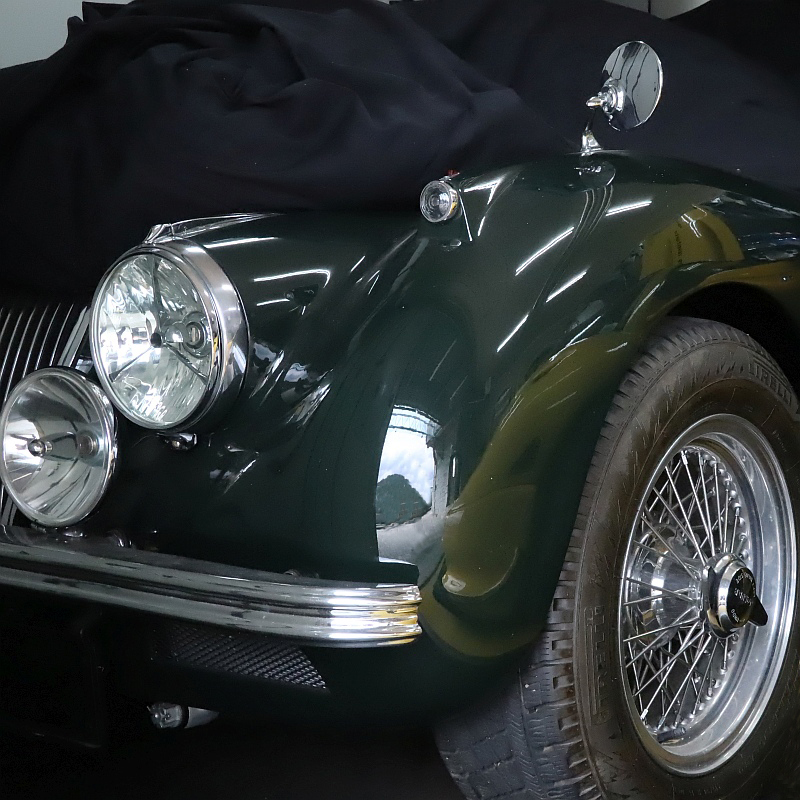 ALBREX transforms the original turbo engine of the early 1980s into a modern turbo powerplant without turbo lag! A control system precisely tuned to the engine and a new charging system bring appropriate power even in the lower RPM range of the 4-cylinder engine with spontaneous response to the throttle and a smooth, powerful onset of the turbocharger.

Who needs an SUV?

An attempt at a simple and understandable explanation: When you take your foot off the accelerator throttle and the charge air flow hits a closed throttle valve the air flow reverses, flows in the opposite direction and hits the compressor wheel, which is still rotating at high speed. This slows it down massively and exposes it to a high mechanical load. To prevent this, the pressure peak is reduced via the divert-air valve or throttle shut-off valve.

This means that the compressor wheel continues to rotate at the same high speed and can immediately produce power again when the accelerator foot expresses the corresponding desire.... which, in the case of the Lamborghini 12-cylinder biturbo engine shown in the picture, would not only give the driver goosebumps but also press him into the seat with what feels like 3G.

Order is a must!

Professionalism is also defined by a clean, tidy and, if possible, dust-free environment. In this sense, ALBREX is highly professional, as the engine components of a 12-cylinder Lamborghini Murciélago engine placed on the shelf prove: The cylinder liners below, the pistons and connecting rods above. 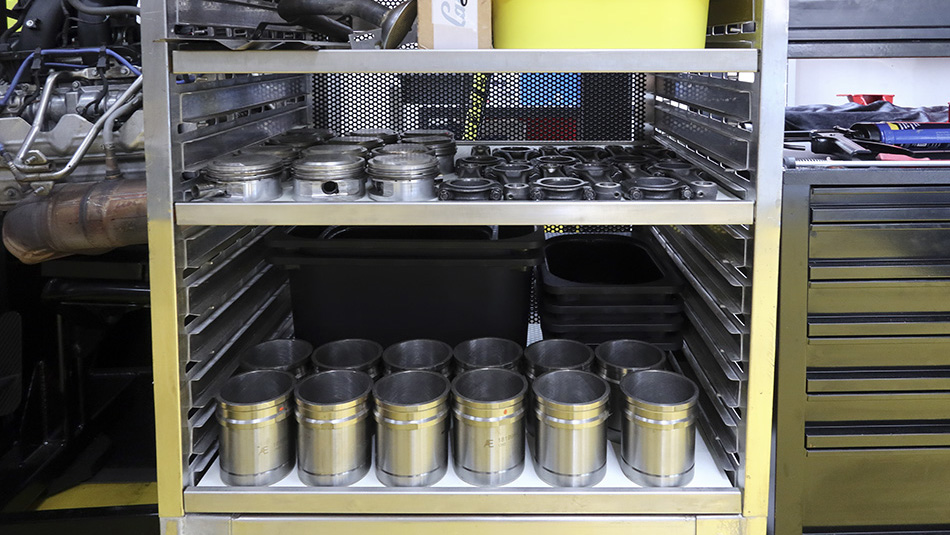 Conrad Gruber would not be Conrad Gruber if he did not go off the beaten track with his website. Information - professional information(!) - is close to his heart. The interested visitor should immediately realise that this is not a show in the automotive sky but a technical masterpiece. Therefore, more attention is paid to one or the other detail than would be expected. (See news article for the SUV).

An obvious expression of the documentary claim is the constantly growing gallery. In the pictures and videos, whose creation dates back to the year of the company's founding, less emphasis was placed on the best lighting or the optimal viewing angle. They were mostly taken with a mobile phone and are simply meant to capture the work, how the project developed and what it eventually became. The pool of images is almost inexhaustible! 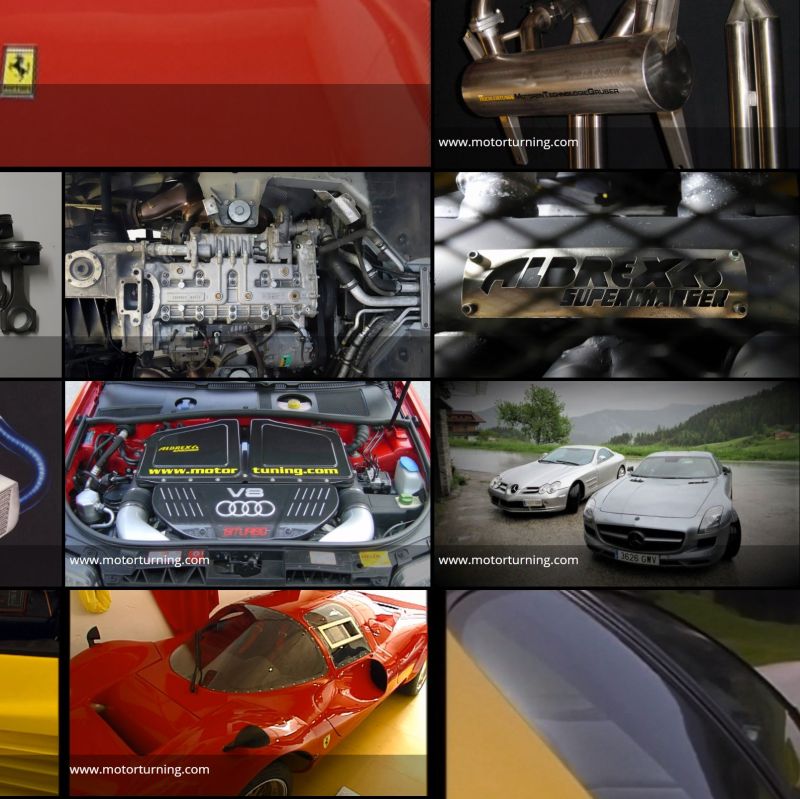 The two gentlemen in the Mercedes ..... and ..... were concerned with the final touches that usually cannot be made by car manufacturers: The optimisation of electronic control to the individual vehicle and personal driving behaviour.

Just as every driver is unique, every vehicle is also unique - even if it is built in more or less large series.

Spare parts - even after 35 years

Not many motor tuning specialists can claim that the vehicles they converted 35 years ago have already become sought-after collector's items. Conrad Gruber is one of them!

The value of such a super sports car can only be maintained if it is also driven - with appropriate care, of course - a few times a year. And after these years it can happen that one or the other part has to be replaced. However, it is part of the quality of ALBREX conversions that the necessary spare parts can still be supplied even after 35 years. 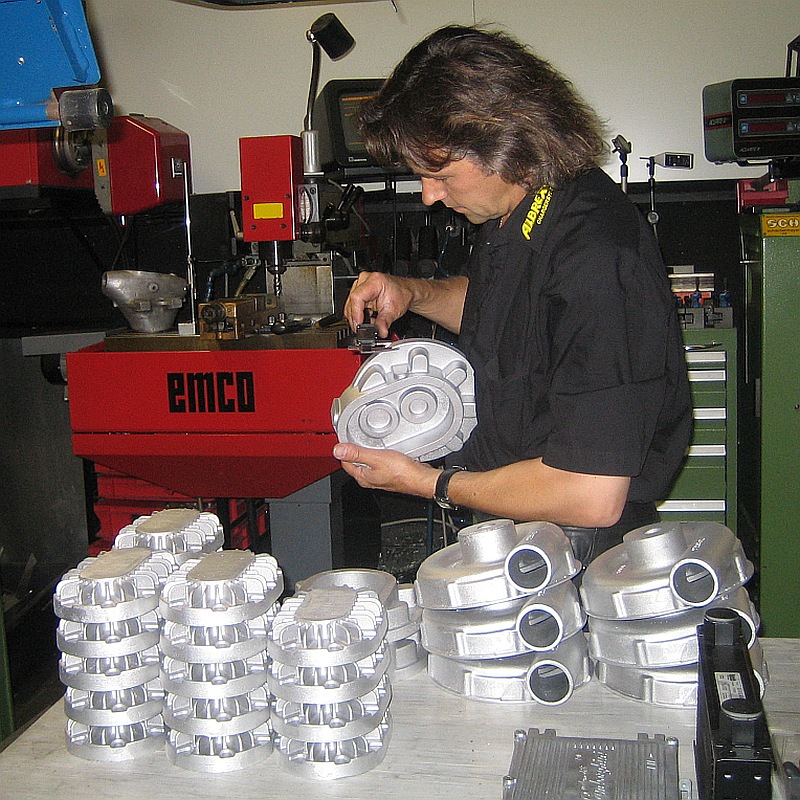