motortunig.com
Cars are his passion!

motortuning.com has stood for innovative vehicle optimisation for years. A distinctive drive for perfection presides at ALBREX, as well as exceptional quietness compared to sometimes very loud motors. Motortuning.com offers exclusive motor components and conversions to enhance the performance of super sports cars such as Lamborghini or Ferrari. The longstanding experience, the many successful projects and satisfied customers of motortuning.com have made ALBREX and Conrad Huber, with the high-performance motors he created, into what he is today: a tinkerer, and absolute perfectionist and a motor philosopher like no other. Motortuning.com is the only true address if what is good is to be perfect.

ALBREX is known in relation to super sports cars such as Lamborghini and Ferrari. However, it is not bound to any brand. It is not even limited to cars or combustion engines. Any machine driven by a motor can become a project. The concept of “motor” is very wide here: electric drives can also do with a performance enhancement. Even if it is the abundantly available snow cannons in the Tyrolean mountains, which could be used in summer for generating electricity. However, it is always about the “inner values”, about a performance enhancement of the engine, about an optimisation of the motor characteristics or about improving the driving performance. It is never about show, about decoration with spoilers, skirts, tyres or body kits.

ALBREX usually entices a couple of hundred HP more out of already strong engines of legendary brands. But here – even at the highest technical level – it can result in “Q-cars”! And it doesn’t matter whether it is a new car or a classic.

There is one thing that all work by ALBREX and Conrad Gruber have in common: it is absolutely individual, unique and one-of-a-kind in the world. It is always faster, better, stronger and interestingly more economical than the original. And what’s more: sometimes also louder…

Highly efficient cooler systems and ductwork for all media

Everything can be optimised and improved. 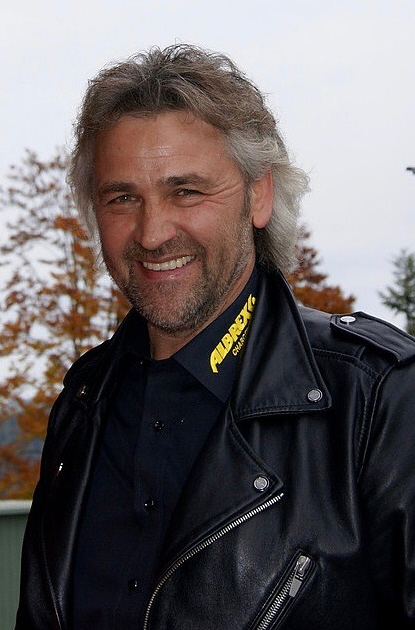 He is modest, calm, speaks very quietly, thinks about every word, has all the time in the world: that is Conrad Gruber from Thierbach in the remotest Wildschönau, a Tyrolean high valley near Wörgl at around 1200 metres above sea level. He was born here a good 50 years ago as the son of a mountain farming family. He grew up here he returned and stayed here with his own company after a few years away.

On the first encounter, you notice his outfit: black leather trousers, black shirt and – depending on the season – a black leather jacket on top of that. Only his brand name ALBREX, embroidered neatly on his shirt collar, is eye-catching. Pure modesty! Befitting his image, he is usually out and about on the road with a black VW T5 with an ALBREX logo in lush yellow. He loves the understatement, which is otherwise also characteristic of him.

After the first impression has solidified in the mind of the visitor, there is usually a discussion, which was actually the reason for meeting Conrad Gruber. It seems as if you have a psychologist in front of you. There is question after question (and hopefully the right answers) before he decides to take on the project. At some point, the topic of money also comes up briefly – but really just by the by – and then the schedule, delivery date. Plenty of time is required! Nothing happens quickly. Quick is not good. And merely good is not enough for him. It must be perfect! He is a tinkerer who does everything himself, in order to meet his own standards. He sees himself as a specialist for special things. He is in fact a brilliant developer of highly complex engine systems.

He has largely taught himself his astounding technical level of work and expert knowledge, he could even be called an autodidact. His “profiler methods” are the basis for this: he is able to think himself inside an engine. The result is that the professionals in various industries now ask him for advice.

The love of technology must have been given to Conrad Gruber at birth. Surrounded at his parents’ mountain farm by farming machines and tractors, he was only 10 when he first tinkered with a PUCH MS50, the legendary Austrian moped, followed by an NSU Prinz.

After his training as a vehicle mechanic, he worked at Albert Wörgl in the 1980s. Franz Albert, as a mechanic, developer, inventor and racing driving, was presumably the impetus for his further development, which he was able to deepen further at König in Munich. In 1996 he founded his own company ALBREX High-Performance Engine Technology Conrad Gruber in Thierbach, in the remote Wildschönau, a Tyrolean high valley near Wörgl at about 1200 metres above sea level. 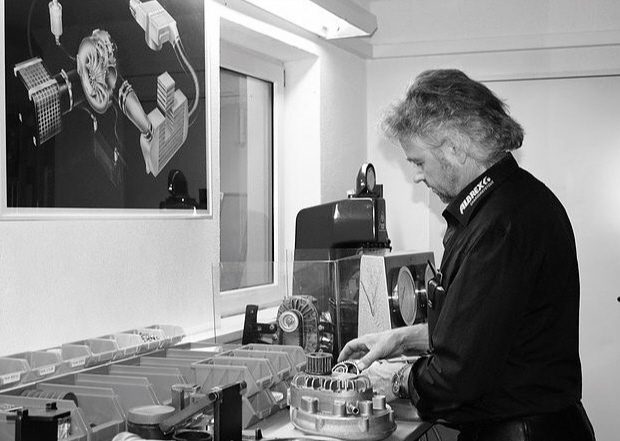 Coming from Wörgl, the hamlet Thierbach lies around 20 km into the Wildschönau valley after Niederau and Oberau. After arriving at the end of the road, you find yourself in front of the church. To the left of it and set back a little, you can see the primary school. And where do you go from there? Already here you have the impression of having wandered into a set for a homeland film.

To the right there is an inconspicuous and unindicated turnoff, continuing uphill between two gardens, single track and steep, and then past another mountain farmhouse the destination appears after a few hundred metres: a charmingly renovated farm, over 400 years old, with a big gate to the left of the building. The satnav would now announce with a friendly voice: “You have arrived at your destination!” No indication of a business, no ALBREX logo, no advertising, no cars in front of the gate, no reception… until Conrad Gruber personally opens the gate with a friendly greeting and invites you to enter the hallowed grounds.

There is no hint of a workshop here! This space hewn out of the rock is the place where really big dreams come true. One could also say it is an alternative kind of farm shop. And this shop is tidy like no ither: no drop of oil has ever been on the floor for more than a couple of seconds and no tool has left the cupboard for longer than it was needed. Every vehicle still waiting to be handled is veiled in fine cloth to protect it not only from dust but also from curious eyes. This workshop is a “clean room” and discreet too! 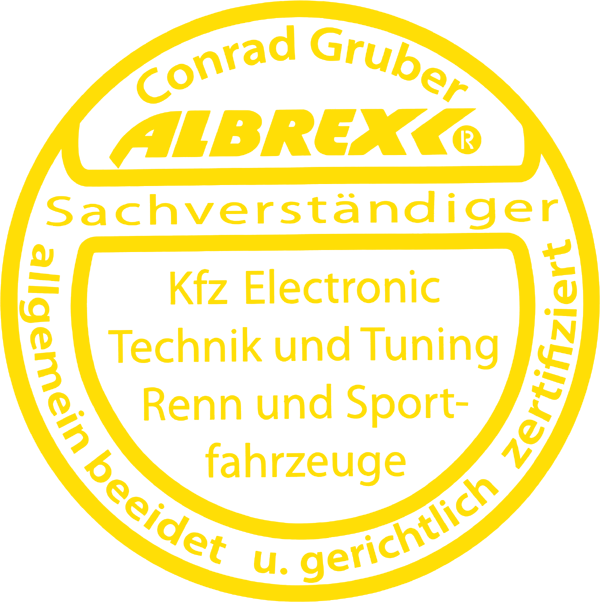 Conrad Gruber is a generally sworn and legally certified expert for the fields of motor vehicle electronics, repairs, technical tuning of engines, drives and the chassis or sports, luxury and racing vehicles. He was appointed in this function by the Innsbruck Regional Court and included on the list of legal experts.
The conditions for this position are not only his two completed professional qualifications as a vehicle technician and as a mechanical engineer, but also his many years of professional experience and his exceptional and unique specialist knowledge. In these specialist areas, he is the only legal expert and assessor in Austria and one of the few in the European Union.
His expertise is in demand if the court or the involved parties are lacking expert knowledge in these highly specialised fields in judicial or extrajudicial disputes. In legal disputes, his accreditation is restricted to Austria. In extrajudicial dispute settlement proceedings, however, Conrad Gruber may be consulted and appointed within the whole EU. 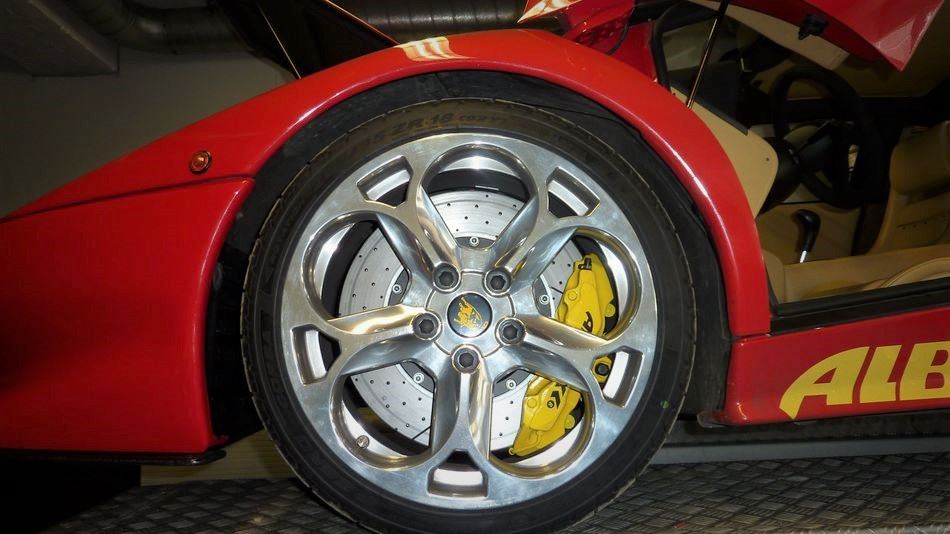 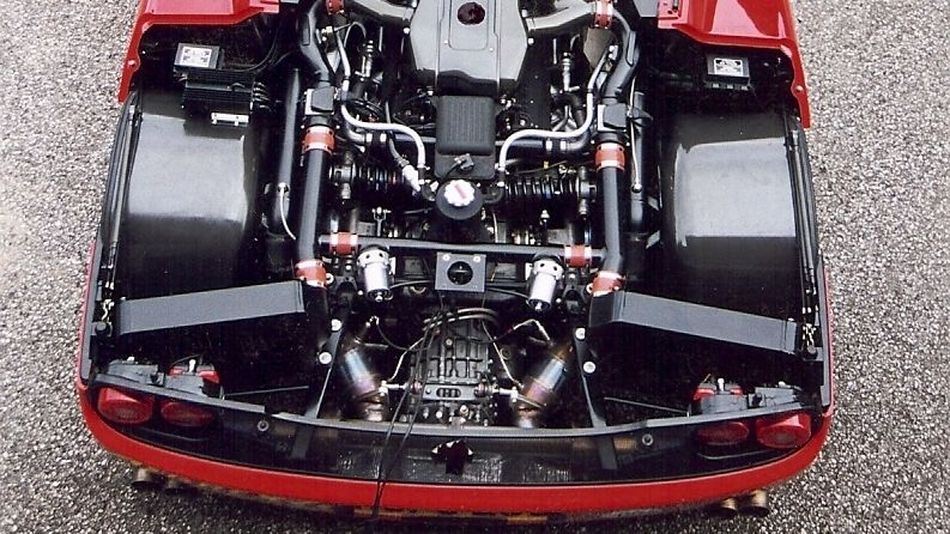 With a click on the description of the picture below you can see more about the conversion of this Ferrari F50. 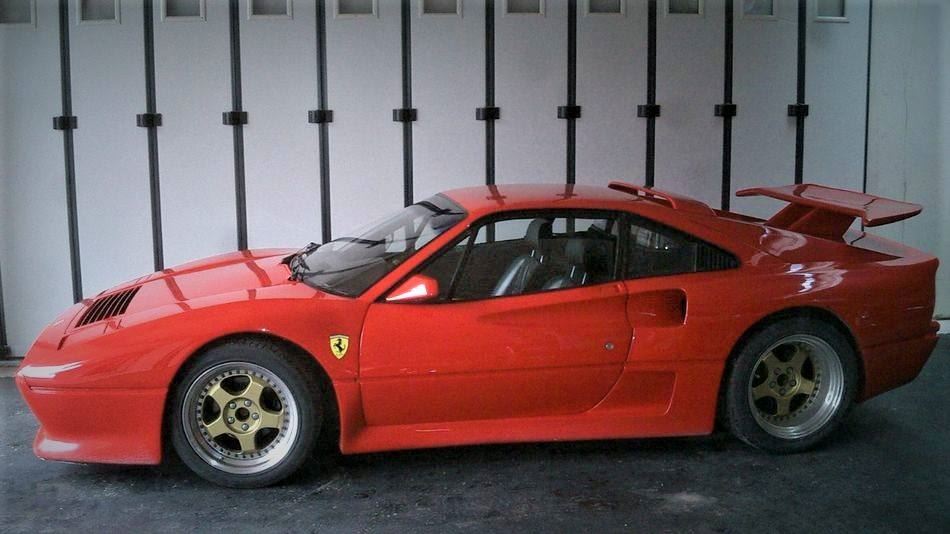 www.motorturning.com
Click here for the ALBREX video about the Ferrari F50 ...... 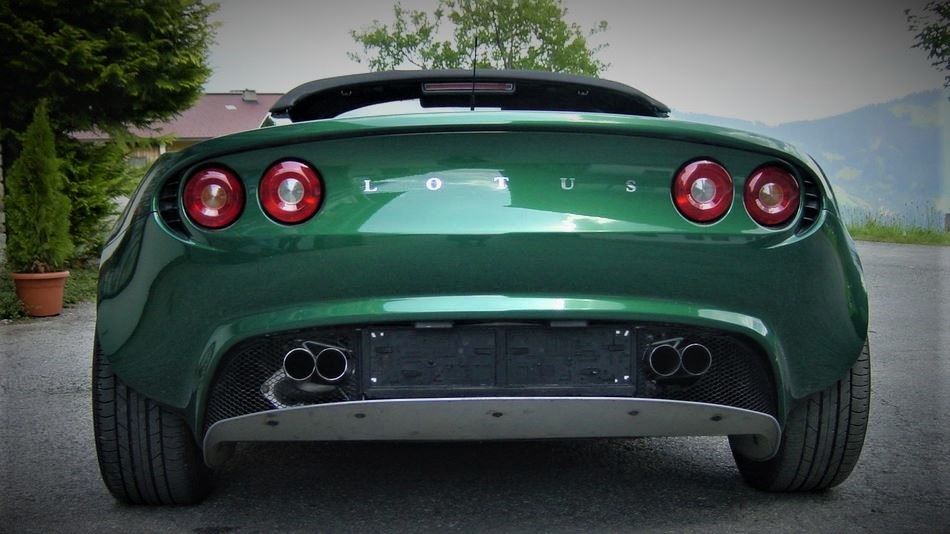 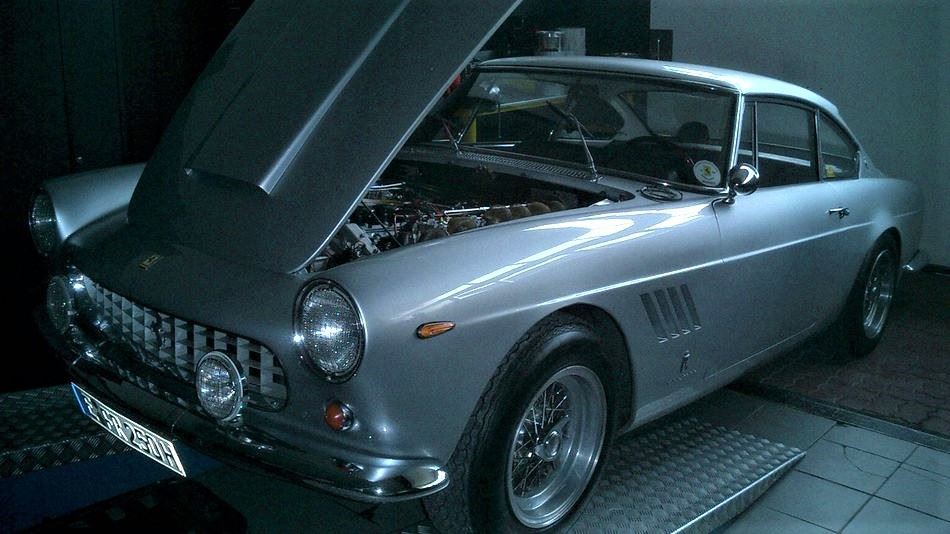 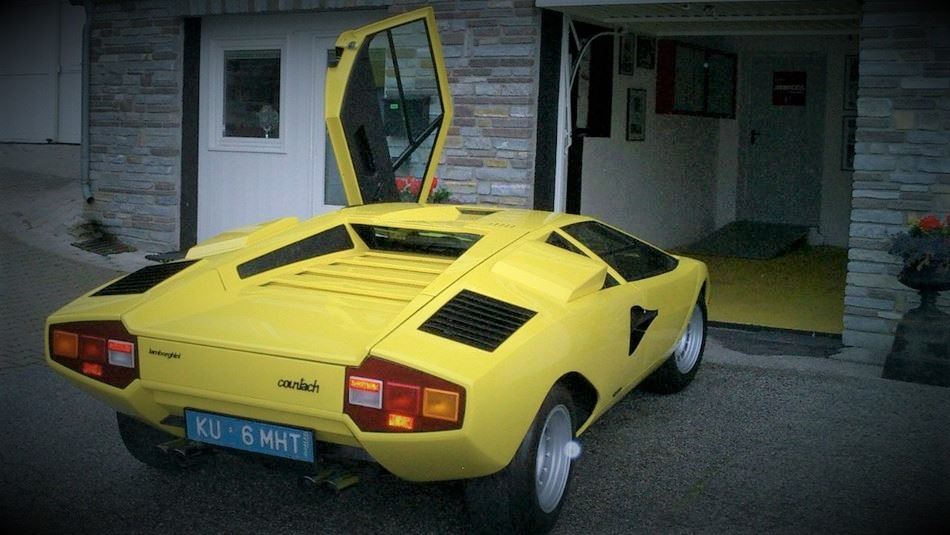 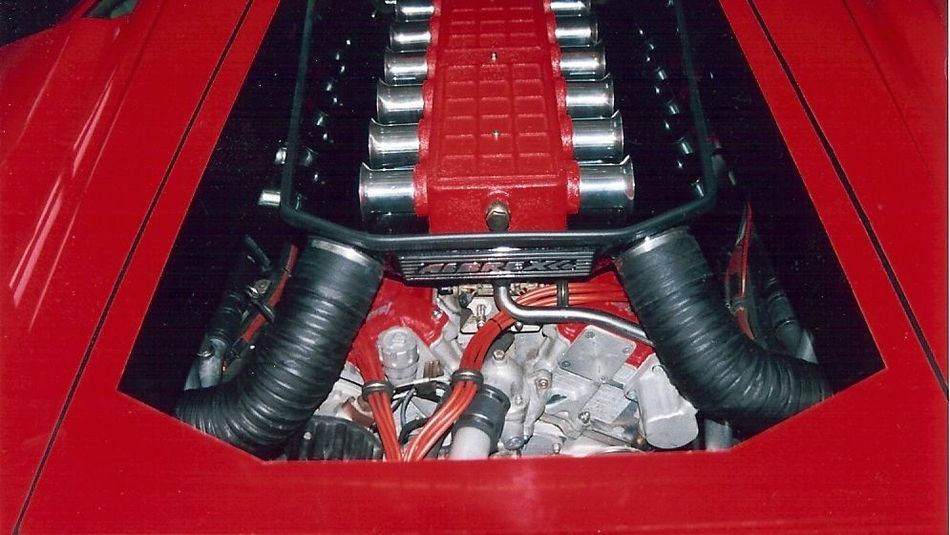 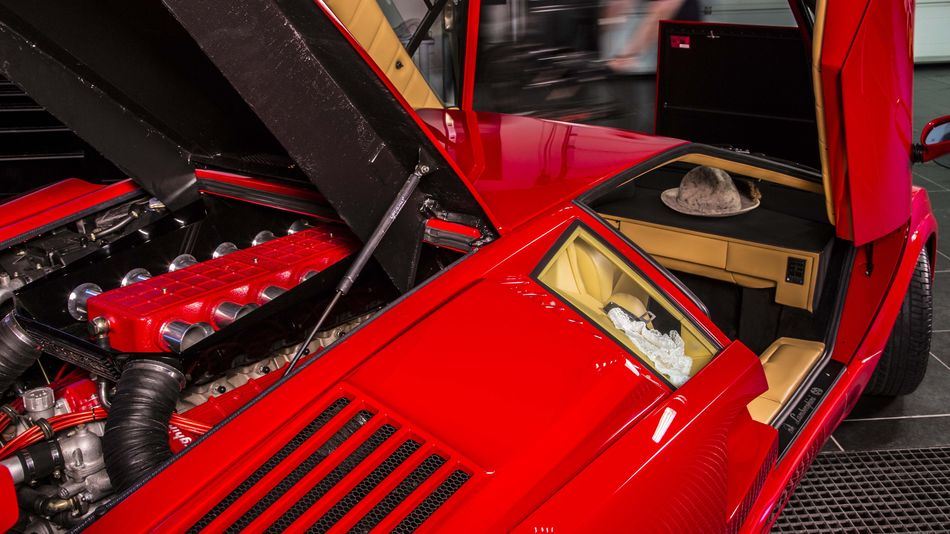 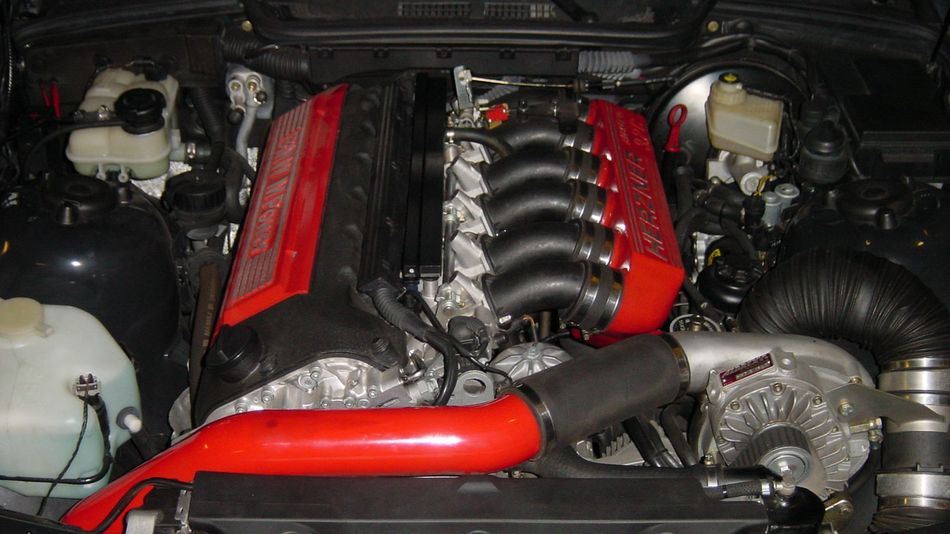 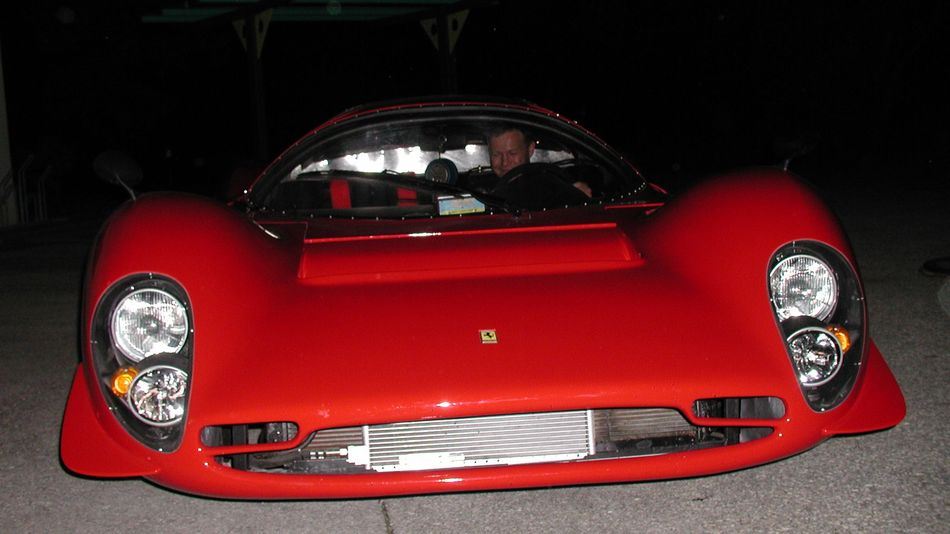 Click here for an ALBREX report in Servus am Abend ..... 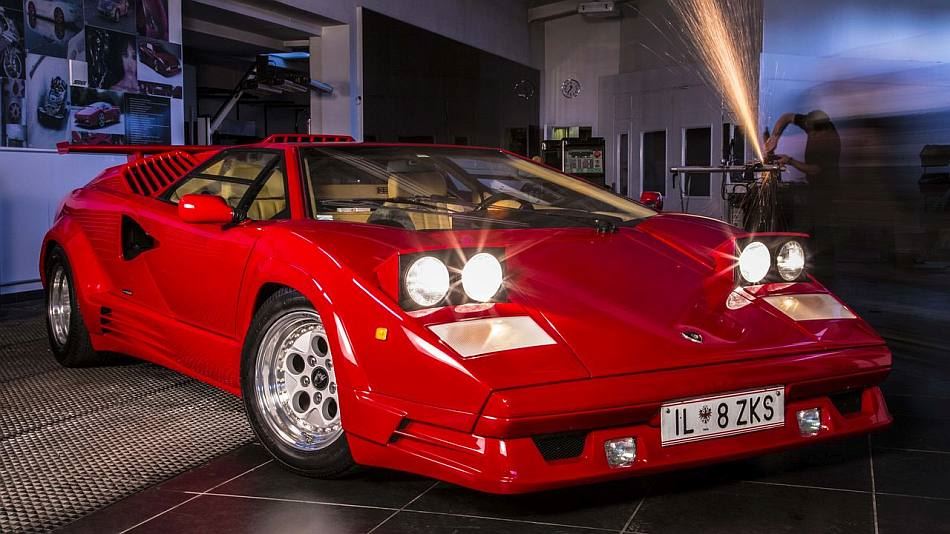